As of April 2019, Smith’s Food and Drug stores (part of the Kroger grocery empire) will stop accepting Visa Credit Cards as a payment method, citing high merchant account fees. (Many of Kroger’s Food Co. stores in California have already had a Visa credit card ban in place, since August 2018).

The move has made big waves in the retail merchant account world. Here is an overview of the situation.

What Drove this Decision?

Put simply: a heightened cost of doing business is at the root of Kroger’s ban. Grocery stores tend to have razor thin margins in order to remain competitive. Increased merchant account costs inherently drive the grocery prices up.

As Visa credit card payments resulted in the highest merchant account fees, the decision to stop accepting Visa was a strategic one aimed at maintaining margin and remaining competitive.

Was this a Good Idea?

Only Kroger knows for sure.

For most merchants, this would NOT be the recommended course of action.

It is rare for a retailer, or any business, to ban Visa in particular. A large portion of the credit card-using buying public is, in fact, comprised of Visa credit card users…many of whom make purchases exclusively via those credit card to take advantage of points and rewards.

Moreover, very few companies have the opportunity or leverage to sit at the table with Visa and effect change. Clearly, Kroger is large enough to ignite that conversation. And, one might suppose, Kroger has thoroughly done the math to determine exactly how many of their customers might be pushed toward competitors as a result of the ban.

If it made sense for them, in that light, it’s certainly conceivable that they will benefit from the decision in some way.

For everyone else, there is likely a much better approach to optimizing one’s merchant account fees.

When a customer pays with a credit card at a Smith’s Food and Drug location, Smith’s must yield a percentage of that payment to the entities that make the transaction possible.

These fees are what allow Smith’s (and all merchants) to accept the credit card payment in the first place, and are a common cost of doing business.

In most cases, yes they can. But first, one must understand that Visa is not the only entity involved in levying merchant account fees when a Visa card is swiped.

They only get a portion of it. And a relatively small one, at that.

So, while Kroger has been in talks with Visa about Visa’s portion of those fees, no merchant can negotiate directly with a network like Visa regarding the total merchant fee percentages.

Again, other entities are involved.

A merchant like Smith’s has its most direct merchant account relationship with the Processor … an acquiring bank responsible for collecting the payment from the customer’s card, on the merchant’s behalf.

But the Processor isn’t in control of the entire fee structure either.

Merchants seeking to reduce fees can certainly negotiate or even change Processors, but this is often futile and time-consuming, sometimes costly, and doesn’t address the full scope of fees.

Whether Smith’s had significant room to lower their Visa-related fees is not publicly known, but it does appear that their efforts to negotiate those fees with Visa had hit a standstill.

Who Are the Other Recipients of a Merchant’s Credit Card Processing Fees?

Visa or MasterCard (which are defined as credit card “Networks”) only get a small percentage of the merchant account fees: roughly 5% of the total fee amount.

The entities involved in the merchant account fee structure are:

And here is how the fees are typically distributed:

To put it another way, let’s suppose a merchant has a total monthly credit card intake volume of $100,000. If the merchant’s overall effective rate (the total percentage of the credit card volume that goes toward merchant account fees) is 3%, the merchant would be paying $3,000 per month in fees. And those fees would be distributed thusly:

Now imagine what those numbers look like for businesses that take an extremely large volume of credit card transactions per month.

The largest portion, which goes to the Issuing Bank, is called the Interchange fee and is often considered to be set in stone … but this would be a misconception. It can be lowered.

As can the other fees.

What Can be Done to Reduce Merchant Fees?

The difficulty lies in the complex nature of the various merchant service fee structures, and from a deliberate lack of transparency.

First of all, not every Processor lists the fees in the same way. And some fees are combined, or mislabeled, in ways that can be confusing to the average merchant. Even identifying the fees is a challenge.

The reason for this is simple: the entities that benefit from your credit card processing fees do not want you to understand your statement. They certainly have a responsibility to be competitive within the industry, but they profit more if their fees are difficult to comprehend.

For that reason, the only truly effective way to lower merchant account fees is to engage with an experienced audit firm who will be able to quickly identify areas in which the merchant is overpaying, and who will undertake the complicated steps of optimizing the account in any way that proves impactful.

Often, and preferably, this is done without the need to change the merchant’s Credit Card Processor.

Verisave is a merchant account audit firm headquartered in Salt Lake City, with 17 years experience in analyzing credit card processing statements and in implementing strategies that reduce clients’ merchant account fees by 25-35% or more, without switching processors. Verisave operates on a gain-share basis rather than on consultancy fees, and closely monitors clients’ statements after implementation.

Some of Our Wonderful Clients 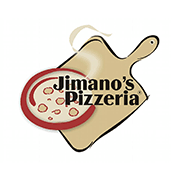 While working with Verisave I was able to witness their knowledge and expertise as they implemented a savings to our merchant account that I did not realize was attainable. As a result of their efforts our fees are significantly lower and we skipped the hassle of switching processors.

CJ WadeCEO - St. George Shuttle
Because our accounting systems are unique, it can be a challenge to process credit card payments and still pay the lowest fees possible. As a valued business partner, Verisave created solutions that saved us both time and money on our credit card processing.

Grace OverstreetCash Applications Supervisor – Praxair / NuCO2
Prior to learning about Verisave, we engaged with another audit company that created a minimal savings to our merchant account. Once that agreement was complete, we brought in Verisave and they successfully implemented a savings significantly greater than what the previous company had found. Verisave’s experience and knowledge allowed this savings to be implemented without any disruption to our credit card processing, guiding us through the entire process. I would highly recommend Verisave to any company looking to reduce their credit card processing fees.

Jacque FanningMary Lanning Healthcare
I worked with Verisave and had them complete an audit on all 5 of my restaurants. After completing their audit, Verisave implemented over $3,500 per month in total savings without requiring me to switch from my current processor. I would highly recommend them to any company looking to lower their credit card processing fees.

How to Get Started

Our goal is to keep you with your current processor, at reduced fees.

The first step is to determine if we’re a mutual fit.

Not every business will have an opportunity to trim wasted spend from their processing fees. Let’s quickly establish whether yours is one of them. Here’s how:

Menu
Menu
Scroll back to top